While optical detectors remain dominant, true growth has come from multi-sensors as installers and specifiers realise the benefits to be had. The typical fire alarm multi-sensor comprises optical smoke and heat sensors, although other variations exist. They vary dramatically in design, from basic models where there is limited cross evaluation of the sensor values, through to highly sophisticated devices featuring advanced algorithms to assess the variation in values from each sensor in order to determine the nature of the potential fire. Consequently, their ability to detect fires while discerning false alarm sources is a very mixed bag indeed.

That said, most multi-sensors offer a number of benefits over single sensor detectors. There’s the obvious time and cost benefits of being able to install one device in place of two and the aesthetics of only having one alarm on the ceiling. They can also make the job of alarm specification much easier. But top of the list, and the main reason for the ever-increasing popularity of the multi-sensor, is the reduction in false alarms. Last year’s Briefing Paper from the Building Research Establishment (BRE) – ‘The performance of multi-sensors in fire and false alarm tests’ – has provided concrete evidence of this. Following testing of 35 different optical heat multi-sensor detectors (representing the full range of those available in the marketplace at that time), the BRE estimates that potentially 38.1 per cent of observed false alarms could have been reduced if they had been present.

The BRE Briefing Paper concludes: “this research has shown that, the use of multi-sensor technology has the potential to reduce certain types of commonly encountered false alarms. However, the extent to which this can be realised depends on the particular implementation of features designed to improve false alarm immunity. It cannot be assumed that use of simply any multi-sensor detector will impact significantly on the occurrence of false alarms from every form of fire-like phenomena.” While offering improved performance over standard optical detectors, they do have limitations. In fact, the BRE research demonstrated that, although delayed somewhat, in all cases alarms were given from non-combustion materials such as steam, dust or aerosol. The delay might allow for any transient false alarm sources to disappear before the fire threshold is reached, but it does not entirely stop a false alarm in these instances. Furthermore, to ensure this delay, some multi-sensor detectors have been configured (or can be configured at installation) to be less sensitive which is a compromise that is not always acceptable or ideal.

Solutions with a difference

So, the multi-sensor doesn’t provide the complete solution to false alarms and the quality and price vary dramatically. Still, they do perform better than single sensor alarms. But what if you could combine this principle of ‘two is better than one’ by adding another factor into the mix? Dual optical heat multi-sensors, such as Nittan’s EV-DPH Multi-Sensor, do exactly that by integrating a dual optical alarm technology with heat sensors to provide a very sensitive, but truly discriminatory device. The dual optical alarm technology is based on particle light scattering theory, but instead of just using the standard Infra Red light, found in optical alarms, it also employs blue LED to provide a more accurate measurement of particles within the chamber. Using a complex algorithm to calculate the ratio of these light sources, which operate at different wavelengths, the detector can determine the particle size and thus distinguish between smoke and non-combustion products such as steam, aerosols and dust.

This is where most typical multi-sensors struggle. Dual optical heat multi-sensors have the ability to reduce false alarms caused by all these mediums, without the need to lower the devices’ sensitivity to actual combustion products. The technology has been further developed to make the detector more sensitive to flaming fires by shifting the alarm threshold level when the ratio of the two scattered light wavelengths indicate that the particle size present is similar to the smallest size defined as a smoke particle. The benefits of multi-sensors are becoming better known, backed up by valid research and, with unit costs falling, are becoming all the more popular. However, assuming all multi-sensors will provide better detection and improved resistance to false alarms is not necessarily the case. Devices with dual optical sensors warrant a closer inspection and should be considered, especially where water vapour, or other non-combustible mediums, are an obvious false alarm factor. 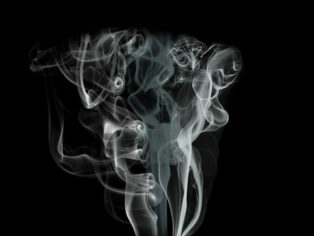 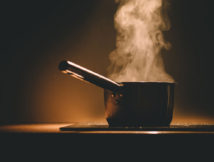