London is leading the decline in Houses of Multiple Occupation

Market analysis from specialist property lending experts, Octane Capital, has revealed that the number of HMOs in England has declined in the past year, adding to the pressures in the private rented sector.

The latest data shows that, on an annual basis, the number of HMOs in England fell by three per cent, from 511,278 in 2019/20 to 497,884 in 2020/21. This overall national decline has been driven by the London market where the level of total HMOs has declined by 13 per cent, by far the biggest reduction of all regions

In the capital, 11 different boroughs have reported a drop, with the biggest coming in Ealing where HMOs have declined by 59 per cent, followed closely by a 58 per cent decline in Lambeth.

Redbridge has seen its numbers halved, and Barnet’s decline sits at 37 per cent. The number of HMOs has also declined considerably in Greenwich (down 34 per cent), Enfield (30), Wandsworth (18), Croydon (13), and Hillingdon (10).

Jonathan Samuels, CEO of Octane Capital, commented: “It’s only right that all efforts should be made to ensure the safety and wellbeing of the nation’s tenants and that everyone is afforded the right to a basic standard of living.

“The changes to HMO licensing have certainly looked to ensure this, but as a result we have seen a decline in the level of operational HMOs across the rental market, particularly within London.

“This essentially means that those reliant on the rental sector now have even less choice when it comes to finding suitable, safe accommodation, but that’s not to say it can’t be found.”

In 2018, the UK government introduced new regulations which require a Houses of Multiple Occupancy (HMO) licence is required for all properties that are occupied by five or more people who are not members of one family.

Previously, a licence was only required for properties of three storeys or more in which five or more people live and are not members of one family. In order to obtain a licence, all rooms in a HMO must exceed a minimum size and can only sleep a certain number of people over 10 years old.

Since 2018, the rules change, for which the purpose is to ensure a better, safer standard of living for tenants, have been gradually rolled out across districts and boroughs. As a result, the number of HMOs on the market has decreased with many landlords choosing to offload their buy-to-let stock instead of negotiating more hurdles due to legislative changes. 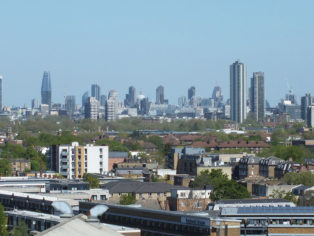