Ministers have launched a consultation on proposals to reduce the height of new high-rise blocks of flats where water sprinkler systems need to be installed as a legal requirement.

The consultation closes on 28 November. It is also seeking views on proposals to improve way-finding signage within blocks of flats and to install evacuation alert systems for use by fire and rescue services. This follows problems encountered by tenants and firefighters during the Grenfell Tower fire.

The changes would make sprinklers compulsory in all new residential buildings of 18 metres or taller, down from the current 30 metre trigger height. Ministers said the move would make thousands of homes safer, estimating that 1,970 extra new builds would have sprinklers installed over 10 years at an annual cost of between £27m and £38m.

The Housing Ministry also said it is establishing a new Protection Board to carry out safety checks on all high-risk residential buildings in England by 2021. Up to £10m a year is being made available to fund the new body, which will act on an interim basis until a new building safety regulator is established in line with proposals in the Hackitt Review.

The Protection Board will investigate whether building owners are acting on official safety advice and putting interim measures in place for high-rises with unsafe aluminium composite material cladding. It will base its work on cladding data collected by councils.

The new Housing Secretary of State Robert Jenrick said: “Residents’ safety is our utmost priority and we are making vital improvements to ensure buildings are safe. I have listened to concerns on sprinklers from residents and building owners and our proposals are an important step forward in shaping the future building safety standards.

“The new Protection Board will make sure building owners don’t flout the rules, as well as ensuring fire safety risks in other buildings are being addressed.”

According to analysis of recently proposed changes to building regulations, most respondents wanted sprinklers to be installed in all housing for vulnerable people, regardless of height. Some respondents also suggested lowering the height threshold to 11 metres rather than 18 metres.

They argued that it should not be limited to buildings over 18 metres in height but should also take other risk factors into account and should apply to specialised housing, care homes and hospitals regardless of height. 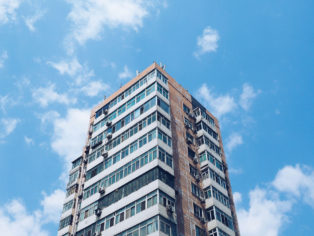