Budget 2021: a boost for construction?

An extension to the furlough scheme, a £10m MMC taskforce, a new ‘Infrastructure Bank’ totalling £12bn in capital, £15bn to be spent on the transition to net zero by 2050, an extension on the stamp duty holiday, and the introduction of a Government-backed 5 per cent mortgage were some of the key headlines from the Chancellor’s Budget.

Setting out the Government’s tax and spending plans for the year ahead, Chancellor Rishi Sunak announced measures that were hailed as “affecting the construction industry from top to bottom,” however commentators have disagreed on the extent to which these measures will boost the sector.

Furlough
A relief to many firms and workers, Sunak confirmed the furlough scheme will be extended until the end of September, with the Government to continue paying 80 per cent of employee’s wages for hours they cannot work.

Tax
While there were no changes to rates of income tax, national insurance or VAT – with some rates frozen for the next few years – corporation tax on company profits above £250,000 is set to rise from 19 per cent to 25 per cent in April 2023.

The new tiered system means that rates will remain at 19 per cent for companies with profits of less than £50,000.

For businesses, there was a new ‘super-deduction’  scheme, which meant that companies investing in qualifying new plant and machinery assets will benefit from a 130 per cent capital allowance in the first year.

Housing market
Intended to keep housing purchases moving, Sunak confirmed that the stamp duty holiday on house purchases under £500,000 will continue until 30 June.

Further to this, the Chancellor announced a new Government-backed 5 per cent mortgage scheme, which will be made available to both current homeowners and first-time buyers purchase homes worth up to £600,000 homes, and will not be restricted to just new builds – with the Government taking on some of the financial risk.

MMC taskforce
It was announced that the Government will establish a Modern Methods of Construction (MMC) Taskforce, backed by £10m of seed funding, to accelerate the delivery of MMC homes in the UK.

The Taskforce will reportedly consist of ‘world-leading experts’ from across Government and industry to fast-track the adoption of modern methods of construction.

It will be headquartered in MHCLG’s new office in Wolverhampton, and will work closely with local authorities and Mayoral Combined Authorities, including the West Midlands Combined Authority and the Liverpool City Region.

SME support
130,000 small and medium sized businesses will reportedly be supported through the new ‘Help to Grow’ scheme.

This is intended to provide the digital and management tools needed to “innovate, grow and help drive recovery,” with UK business schools set to offer a new “executive development” programme for which the Government will pay 90 per cent of the cost.

Skills
The Chancellor is increasing support with £126m of “new money” to enable 40,000 more traineeships, and doubling the cash incentive to firms who take on an apprentice to a £3,000 payment per new staff member.

The Government has also said that it would “modernise” the immigration sponsorship system in order to make it easier to use, and will produce a “roadmap” in the summer. Commentators across the construction industry expressed hope this would cover its workers.

Industry reaction
The sector welcomed much of the news from the Chancellor, though some commentators believe the measures did not go far enough.

Brian Berry, chief executive of the FMB, believes the Chancellor presented “a mixed picture for Britain’s builders,” with the “glaring omission” of a long-term plan to make our homes greener, but welcomed extensions to coronavirus recovery support.

“In the year of COP26, the Chancellor missed an opportunity to show global leadership with a long-term plan to make our homes greener, healthier, and more affordable to run. The Government’s commitment to green growth must include backing for a National Retrofit Strategy – an oven-ready infrastructure plan that will tackle climate change, level up and create jobs. While we welcome the funding announced for the UK Infrastructure Bank, we expect to see it use its focus on climate change and regional growth to back Britain’s army of small builders who stand ready to help build back better, and greener.”

“In better news, builders who are struggling to recover from the pandemic will welcome the extension of support set out by the Government, particularly those in Scotland who are still unable to work inside people’s homes. I am glad the Chancellor listened to the FMB’s calls to extend the Stamp Duty holiday. New Government guarantees on 95 per cent mortgages will also boost confidence and protect jobs. What’s needed now is increased investment in local authority planning departments so that we can get shovels in the ground on small sites.”

“The Chancellor has set out a solid investment-led economic roadmap in his Budget that supports the UK economy as it comes out of lockdown and into recovery. He is right to focus on tax incentives, many of which will help boost construction – particularly the extension to the cut in stamp duty, the ‘super deduction’ for companies investing in plant and machinery, and the enhanced ‘Structures and Buildings Allowance’ at Freeports.”

“The support the Government has shown with its ‘Help to Grow’ scheme will not only help tackle the skills shortage that exists in this sector but it will allow people to ‘level up’ and access better quality jobs. The need for digital upskilling has never been greater – providing discounted training opportunities to SMEs and their staff is a positive step forward for future proofing the industry.”

Mark Peck, director at Cheffins argued that “while the extension to the stamp duty holiday will be welcomed for those with property sales already agreed,” the Government is “simply kicking the can down the road with chaos set to ensue once the tax break is reduced in June and tapered until September.”

“The pressure on the property industry since the announcement of the stamp duty holiday has been immeasurable and this extension will simply continue to add to the strain already being felt by both buyers and sellers as they look to complete on sales before the end of the tax break. While the Chancellor has attempted to manage this with the tapering system until September, the property industry will need to brace itself for further pandemonium throughout the summer months.” 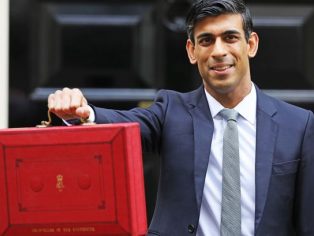