The private rented sector in figures

Nearly one in five households in England live in the private rented sector, making it the second largest tenure.

The number and proportion of private rented households has declined slightly from 20 per cent and 4.7 million households in 2016/17.

Private renters spend a higher proportion of their household income on rent than social renters. This proportion is highest for those who live in London.

On average, private renters spent 32 per cent of their household income, including Housing Benefit, on rent. The average for social renters was 27 per cent.

At 13 per cent, lone parents were around twice as likely as couples with dependent children (at 6 per cent) to have been in arrears at some point over the past year.

At 8 per cent, one person households were nearly three times as likely than couples without children (at 3 per cent) to have been in arrears at some point over the past year.

Despite the fact they have lower relative incomes, private rented households with HRPs from the oldest and youngest age groups are less likely to report having difficulty with rent payments.

Nearly a half of privately renting households aged 16 to 24 (49 per cent) and more than four fifths (82 per cent) of those 75 and older are in the lowest two income quintiles. The figure for those aged 35 to 44 is 37 per cent.

The total estimated costs to bring all privately rented dwellings in England that are currently EPC D or lower up to EPC C is £21.5 billion. 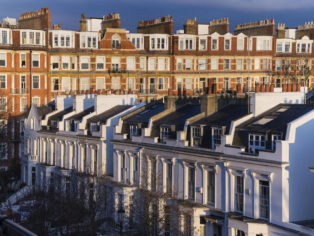