No fault evictions to be outlawed at last

The long-term promise to remove Section 21 ‘no-fault’ evictions from the country’s private rented sector is finally to become a reality after it was included within the Government’s new legislative programme.

The procedure allows landlords to evict tenants without giving a reason and there is no right of appeal for tenants. It has proved extremely contentious in recent years with tenants and campaign groups critical of the threat and uncertainty it carries. It has also contributed heavily to increases in homelessness.

In an effort to appease private landlords, Government ministers say it will be replaced with new stronger possession grounds for tackling incidences of anti-social behaviour or repeated incidences of rent arrears. Details of the replacement system are expected to be announced in the summer when the Government publishes its Renters’ Reform Bill.

The Bill’s inclusion within the Queen’s Speech drew a positive reaction from all sides of the sector, with the Government keen to focus on additional rights for tenants in terms of greater security, as well as being empowered to challenge poor practices and unfair rent increases.

Other aspects it will include are making the Decent Homes Standard apply to private rentals (in a bid to improve property standards) and introducing a new Ombudsman to resolve issues between private landlords and tenants without them having to go to court.

A new property portal will also be introduced, where landlords can access information about their obligations and tenants can get performance information that will help them hold their landlord to account.

Responding to the Queen’s Speech, Councillor Darren Rodwell, housing spokesperson for the Local Government Association, said: “We are pleased that the Government has committed to introducing legislation to strengthen protections for private renters and abolish ‘no-fault evictions’. This is something the LGA and councils have been calling for the Government to introduce since it was included in its 2019 manifesto.

“A dramatic recent rise in the number of ‘no fault evictions’ from the private rented sector is putting additional pressure on homelessness services, so we are glad that a plan to strengthen safeguards for private renters is finally in place, allowing renters to challenge poor practice and unfair rent increases without fear of eviction.”

National Residential Landlords Association chief executive Ben Beadle welcomed the Government’s commitment to tackling arrears and anti-social behaviour and will continue to lobby Ministers to ensure other grounds for possessions are fair.

He said: “We welcome the Government’s acceptance that reforms to the rented sector need to strengthen the ability of landlords to tackle anti-social tenants and those with repeated rent arrears. We will continue to work to ensure that these and other grounds for possession are fair and workable.

“While we support proposals for an Ombudsman to cut the number of possession cases needing to go the court, this cannot be a substitute for proper court reform as well. At present it can take almost a year for a private landlord to repossess a property through the courts where they have a legitimate reason to do so. This is simply not good enough.”

Mr Beadle added that landlords need to be able to regain possession of their property efficiently when needed. “We know landlords want to keep good tenants in their homes, but should they wish to, for example, sell up, or move into the property themselves the mechanisms need to be in place to allow them to do this. We will continue to campaign to this end.” 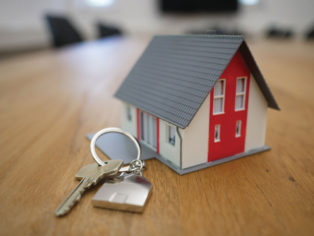