The integrity of a ‘Fire wall’ constructed from drylining can be lost as soon as an electrical box or other partial penetration is installed. Knowing how to address this in the design stage or perhaps more importantly, during upgrades to an existing building, can be the difference to the compartmentation holding up in a fire or allowing the fire to break though and the compartmentation failing.

FIS Technical Director Joe Cillia talks to Paul Coy MD of Vexbox about what guidance there is in part B of the building regulations, the IET guide and what to check before cutting into any drylining.

What is the first step in ensuring that the compartmentation is not compromised when installing socket boxes and switches into a dry lined wall?

So how do you identify a fire rated wall, especially as on the surface it will appear the same as any other wall?

At the construction stage, it should be straightforward to determine a walls property using the fire strategy drawings and specifications which will be readily available on site.

It is more difficult in a Retrofit installations for obvious reasons, so you will need to make a request for information (RFI) to the employer, who might be the building owner or a main contractor on a refurbishment project. They should be able to find the original fire strategy drawings or the information file as part of the Regulation 38 submission. If in doubt, don’t start the work until this is established.

Dame Judith Hackitt , in her report following the Grenfell fire disaster, recognised that information like this will be key, so has called for a ‘Golden Thread’ of information to be available in future.

What do the Building Regulations and the guidance in the Institution of Engineering and Technology (IET) say about penetrations in compartment walls?

In Part B of the building regulations section 11.12 it states:

All openings for pipes, ducts, conduits or cables to pass through any part of a fire separating element should be fire stopped”. It goes on to say, “Proprietary fire stopping and sealing systems (including those designed for service penetrations) which have been shown by test to maintain the fire resistance of the wall or other element, are available and should be used”.

Where knockouts have been removed to allow the access of cables. These should be fire stopped to prevent the spread of hot gases into the structure in the event of the accessory sealing the box failing. This is also applicable if there are gaps between the electrical accessory box and plasterboard wall. Diagram 6.3 and it was addressing the issue of gaps that first inspired me develop the Vexbox

Tell me a little more about the Vexbox

Vexbox was created to protect the integrity of a drywall partition when partially penetrated. It is a variable extension box for use with drylining systems, enabling electricians to quickly and easily create up to 12 different extension boxes from a single template.

Problems can occur where a structural wall is drylined and the socket box is set to far back into the wall or, the hole has been cut out in the wrong place. It makes it difficult for the plasterer but more importantly it is liable to leave gaps where air can pass which can lead to a failure where an air permeability test is carried out to meet part L of the building regulations. It also leads to a flanking sound path so the acoustic performance can be compromised. Vexbox extends the socket box to bring it flush with the face of any drylining preventing both problems and at the same time, re-instates the fire proof integrity of the wall for up to 1 hour.

So how does this work where fire compartmentation is required?

Fire test reports in drylining systems, sometime referred to as flexible walls, are produced following full scale testing by constructing a sample of the wall type in a steel fame, which is attached to a test furnace. The exposed side of the wall is then subjected to temperatures up to 950 Degrees Celsius for the period or beyond of a test, typically 30, 60. 90. 120 minutes. Critically tests are based on an imperforate wall, ie one that doesn’t have socket or service outlets. So, to meet the requirements of the Building Regulations the partial perforations (socket boxes) should be protected using a product which has been tested to the same standard as the flexible wall, in this case BS EN 1364-1.

So what is next?

Vexbox is currenly only available to buy online at vexbox.com. We would welcome enquiries from wholesalers and also specifiers who are aware of the need to overcome the problem of incorrectly installed boxes. This will ensure that fire walls are compliant and won’t fail in the event of a fire and so protect people, property and the fire fighters who have to attend fires.

If you would like to know more, order a sample or talk with Paul visit www.vexbox.com or email info(Replace this parenthesis with the @ sign)vexbox.com 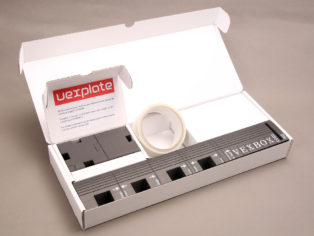 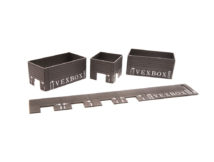 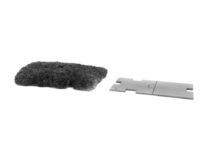