Half a million more of us are renting

The latest research by nationwide buy-to-let specialist, Sequre Property Investment, has revealed the areas which have seen the biggest swings toward renting when compared to homeownership in recent years.

Sequre analysed data on dwellings across each area of England since 2012 and found that currently, 19.5 per cent of the 24.4m dwellings across England sit within the private rental sector. While this has only increased 1 per cent since 2012, this equates to an increase of nearly 500,000 more people living within privately rented properties across the country.

At a regional level, London is home to the highest level of private renters, accounting for 28.8 per cent of total dwellings. The capital has also seen the largest lifestyle swing towards renting with a 2.2 per cent increase since 2012.

However, this increase is not confined to the capital and the West Midlands has seen the second-largest increase, with the number of those reliant on rental properties increasing by 1.9 per cent since 2012. The North East has also seen one of the largest increases at 1.5 per cent, as has the South West at 1.3 per cent. At minus 0.4 per cent, the South East was the only region recording a decrease.

At local authority level, both Greenwich and the City of London have seen the largest uplift in private renters, with both areas seeing the percentage of dwellings sitting within the private rental sector increase by 3.4 per cent since 2012.

Outside of the capital, Telford and Wrekin has seen the number of private rental properties increase by 1.6 per cent since 2012, with Salford also home to one of the largest increases at 1.5 per cent.

Sales Director at Sequre Property Investment, Daniel Jackson, commented: “The ever-escalating cost of homeownership, coupled with a change in lifestyle choices amongst younger generations, has seen the number of us opting to reside within the private rental sector continue to grow in recent years.

“In fact, it’s fair to the role of the private rental sector within the wider landscape of the UK property market has never been as important. Despite this, the Government has consistently looked to deter landlords from the sector in order to boost housing stock in order to address the current housing crisis.

“However, it’s clear that with so many remaining reliant on the rental sector in order to live, this lazy approach will only shift the problem from one area of the market to another.” 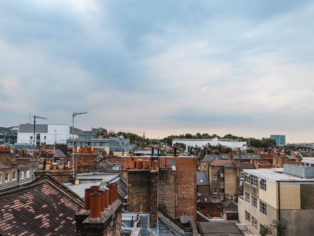