A small housing association has been given a non-compliant governance rating and was found to have breached the Home Standard after an investigation by the social housing regulator uncovered a failure to carry out fire safety work and other problems with the board’s oversight.

The Regulator of Social Housing downgraded Empowering People Inspiring Communities (EPIC) to a rating of G3/V2 and announced that the 1,400-home housing association had breached the Home Standard. The downgrade came just eight months after it received the highest possible rating of G1/V1 in December last year.

The regulator said it acted after identifying concerns with EPIC’s health and safety compliance. Routine enquiries made following the return of its quarterly survey showed that EPIC had been aware it needed to carry out “significant” fire safety work for a number of years but had failed to do so.

Fire risk assessments in 2013 and 2018 had identified that EPIC needed to install fire doors in a significant number of blocks of flats, but this work was not completed.

EPIC was also alerted by the fire service in 2019 that new fire doors needed to be installed in its flats, while further fire risk assessments carried out in 2020/21 again highlighted the risk, as well as the need for EPIC to improve its fire alarms and compartmentation. Overall EPIC had almost 500 fire safety remedial actions classified as high risk and overdue.

The regulator also found that more than 100 domestic properties did not have an electrical inspection within the past 10 years, while EPIC had also not carried out asbestos surveys for a number of properties.

EPIC was now completing the fire remediation work, but was found to have breached the Home Standard due to “the seriousness of the issues, the durations for which tenants were potentially exposed to risk, and the number of tenants potentially affected”.

The regulator also said it downgraded EPIC to G3 as the board has “failed to dprovide challenge to the executive and has not maintained adequate oversight of its activities, particularly in relation to its health and safety obligations”.

The regulator’s judgement said “the fact that it was the regulator, not EPIC’s board, that discovered the potential breach is an indication of significant weaknesses in EPIC’s business planning, risk management and financial reporting processes”.

The regulator also highlighted the board’s recent decision to approve the purchase of 170 homes from another registered provider when EPIC’s growth strategy only allows for the acquisition of 50 homes per year.

The regulator has “appointed external advisors to provide support and help identify the causes of the presenting issues” and said EPIC has “indicated its commitment to putting things right”.

On financial viability, EPIC was downgraded from V1 to V2, meaning it is still compliant but “needs to manage material risks to ensure continued compliance”. The risks mainly relate to “significant one-off expenditure relating to fire safety works”, which will impact EPIC’s ability to respond to adverse events until 2023/24. 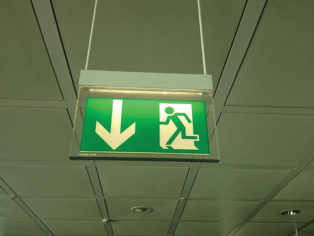