From public pariah to exemplar of good practice

Ever since the Grenfell Tower was engulfed in flames on a hot June night, four years ago, the reputation of Kensington and Chelsea Council has been dragged through the gutter as evidence emerged in the public inquiry of indefensible attitudes and policies towards its social housing tenants.

But strenuous efforts are currently being made to change its public image from that of social pariah to being an exemplar of good practice – and an estate refurbishment based on Green principles and featuring modern, forward looking heating systems could help deliver a successful rehabilitation.

The estate in question is called Lancaster West and it consists of 795 homes making it the largest housing estate in the north of the borough.

It also happens to be the site of the burnt out Grenfell Tower and is in one of the most deprived wards in the capital city.

Now the council’s Lancaster West Neighbourhood Team and residents on the estate are in the process of co-designing and delivering a refurbishment programme that should transform it into a model 21st century housing estate that is carbon-neutral by 2030.

The work will include “fabric-first deep retrofits” of all 795 homes, the development of a new low-carbon heat network, and the development of increased and improved green spaces to create a garden estate in the heart of West London.

With a lot of focus and scrutiny on how the country will meet the Government’s target of becoming net-zero by 2050, it is clear Kensington and Chelsea is trying to get ahead of the timetable and establish itself as a model for other councils and landlords to follow.

Indeed, if the Lancaster West refurbishment delivers on its targets, then the learning should be applied wider – in all sorts of housing settings, as well as in hospitals, university campuses, supermarkets, business estates and industrial parks.

It could even be applied within John Lewis’s ambitious plans to build 10,000 new homes for rent, many of them above existing Waitrose stores.

Recent work looking into the council’s Greenhouse Gas (GHG) inventory shows that 57% of the council’s current GHG emissions are from its council-owned housing. This helps to explain the attention being given to Lancaster West’s Green-based refurbishment.

From old to new

The estate was originally built in the early 1970s when construction standards and practices were very different to today. Some 75.5% of homes on Lancaster West Estate have an Energy Performance Certificate of D or below, and data suggests that around 10% of estate households suffer from fuel poverty.

Homes on the estate are often too warm in summer and too cold in winter, so residents’ priorities for the refurbishment project involve fabric improvements to improve thermal comfort, with windows and heating systems a top priority for many blocks.

Getting this right is not a straightforward issue. Remember the role played by dangerous cladding and poorly fitted insultation in the Grenfell Tower fire, both of which were meant to be improving the tower’s insulation but which instead turned the high-rise block into a burning inferno.

This time sustainability is at the heart of the refurbishment programme for Lancaster West, and a suite of KPIs has been developed to ensure that what gets measured is what gets done.

A whole-house fabric-first approach is being taken to retrofitting homes, alongside the development of a new low-carbon heat network for the estate, which could later be extended to provide zero-carbon heat to thousands of homes across the Notting Dale ward.

The borough’s first low-energy pilot home has been completed at Verity Close on the estate and is the first to generate its own green power and heat (through solar PV and an air source heat pump).

This is predicted to generate annual cost savings of over £1,000 to the residents. If applied across the whole Lancaster West estate, this would deliver savings of up to £500k per year for the residents.

The team leading the project have worked with industry experts to undertake feasibility for the mass retrofit and heat networks project.

Funding has also been secured to deliver works, including through the Government’s Social Housing Decarbonisation Fund Demonstrator, Green Homes Grant programme, and the EU’s MustBeZero programme.

Scheme designs include the installation of triple glazed windows for every home and high-quality A1 non-combustible insulation in walls, roofs, and floors, while Mechanical Ventilation and Heat Recovery units will be installed in homes to help regulate heat and improve ventilation.

Alongside measures to improve the energy efficiency of homes, opportunities to improve biodiversity and increase the supply of low carbon heat are also being explored. Bio Solar green roofs with solar panels are currently planned for 3 blocks, with the potential for more.

A bright future, based on smart principles

The core scheme will connect homes, a school, Leisure Centre, and other surrounding buildings and will expand to give economies of scale.

The Verity Close pilot scheme also gave the council an opportunity to renovate the drive and garden area to create an eco-friendly space that not only contains an electric car charging point but also a gutter less water butt system, hot bin composter and vegetable and herbs trugs.

These are hugely exciting changes and should provide so many opportunities for learning.

The scheme is taking a much bolder and holistic approach to tackling common problems – not least of which are how do we reduce our use of carbon-based energy systems and reduce our emissions, while at the same time reducing energy bills and making our homes more comfortable places to live. 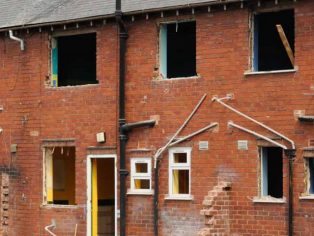