Energy efficiency of English homes has improved over the last decade

The latest results from the English Housing Survey provides encouraging news on energy efficiency, but gives strong pointers to where further improvements should be targeted.

Social rented homes remain the most energy efficient, though there have been marked improvements across all tenures in the last decade.

Over two thirds of homes with lower energy efficiency, of D or below, could be brought up to band C for a cost of less than £10,000.

Average fuel savings for dwellings that could be improved to a band C were almost £300 a year.

Owner-occupiers were more likely to have a boiler system with radiators and gas central heating than renters. Half of dwellings with heat pumps were also owner occupied.

Most (90 per cent) English homes have a boiler system with radiators as their main heating system. Such systems were more prevalent in owner occupied dwellings (94 per cent) than local authority (89 per cent), private rented (83 per cent) and housing association (83 per cent) dwellings.

Over three quarters of households had not changed their electricity or gas supplier or tariff in the last 12 months. Owner-occupiers were more likely to report switching suppliers or tariffs than renters.

Owner-occupiers were more likely to have changed both their electricity and gas suppliers (21 per cent) compared with private renters (15 per cent), housing association renters (14 per cent) and local authority renters (13 per cent).

Owner-occupiers were also more likely to have changed both electricity and gas tariffs (15 per cent) compared with private renters (7 per cent), housing association renters (6 per cent) and local authority renters (5 per cent).

Vulnerable households were more likely to have problems with serious damp.

In 2019, around 2 per cent or 455,000 dwellings had a problem with damp while overcrowded households were more likely to experience problems with damp (6 per cent) compared with households living at the bedroom standard (3 per cent) or under occupying (1 per cent) their home. 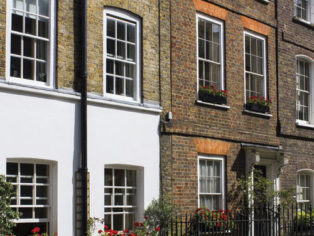