Complaints to Housing Ombudsman jump by over 20 per cent

Growing tenant dis-satisfaction with social landlords is revealed in the Housing Ombudsman’s latest Insight report covering April to June 2021, which revealed a 21 per cent increase in the volume of enquiries and complaints received compared to the previous quarter.

The Housing Ombudsman’s report covering the first quarter of 2021 shows it received 7,276 enquiries and complaints from tenants between April and June, up from 6,010 between January and March 2021.

This period coincided with a series of features broadcast by ITN News on shocking conditions experienced by residents on some social housing estates managed by both councils and housing associations. Long running disrepair cases, unhealthy living conditions and poor services all featured in the broadcasts.

Perhaps even more alarming, the Ombudsman’s figures show that compared to the same quarter in 2020, the volume had risen by a staggering 230 per cent. The Ombudsman explained that between April and June 2020 his service experienced a reduction in work due to the Covid-19 lockdown coming into place.

There was a drop of 41 per cent in the enquiries and complaints received then compared to 2019. Over the course of 2020/21 the numbers picked up and then exceeded the previous year’s figures for each quarter.

The Insight report also provides data for the South East and South West regions, together with six case studies concerning landlords in those areas. The most common reason for maladministration in the South West was complaint handling at 43 per cent, whereas in the South East property condition at 33 per cent was highest rated issue.

The report also contains a number of cases on anti-social behaviour, the third highest category of complaint in both regions, with a range of findings following investigations by the Ombudsman service. These point towards the Ombudsman being the prganisation most likely to hold social landlords to account for service delivery failings.

The Social Housing Regulator in England has caused bafflement by treating some of the landlords featured in the ITN news features differently despite strong similarities in their cases. For instance it cleared Clarion of breaching its standards but found Croydon Council guilty of a breach. Reasons for the different findings by the regulator remain unclear.

Another large social landlord, L&Q was recently featured in a critical report by The Observer newspaper. Tenants on a west London housing estate managed by L&Q claim their health is being affected by damp, mould and vermin because their complaints have been ignored by their landlord, one of the country’s largest housing associations, since 2018.

Sector commentators voiced concerns that senior executives and boards of housing associations have been focusing too much in recent years on building new homes at the expense of improving services to tenants. This is despite the appalling travesty of the Grenfell Tower fire some four years ago and the ensuing focus on listening to tenants.

The Insight report will feature in the next Meet the Ombudsman event being hosted by Cornwall Council, giving residents in the area an opportunity to ask questions direct. These events are part of increasing engagement with residents to help raise awareness and understanding of our service.

Richard Blakeway, Housing Ombudsman, said: “This period has seen a further increase in complaints. There are several factors driving this including heightened awareness of the complaints process, and we expect a higher volume of casework to continue.

“As well as providing insight on the individual complaints we have received, these reports have an important role in sharing lessons from those more widely across the sector. Using this collective learning can help to resolve issues at a more local and earlier stage, for the benefit of both residents and landlords.

“Two cases involve anti-social behaviour and reinforce the need for action to be taken promptly whilst updating the resident as they are often living under stress. Our report also examines the role of mediation where there may still be a realistic prospect of resolving a complaint without carrying out a full investigation as it can help to restore a more trusting landlord-resident relationship.”

The quarterly Insight reports are part of our continuing progress towards being a more open and transparent service and promoting positive change by sharing knowledge and learning from our casework. All issues are available on our website. 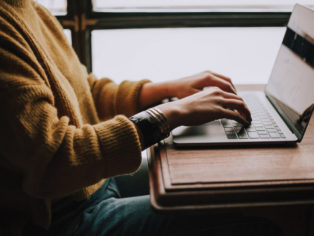