The 2021 report covers the activities of 16,272 agencies including 791 private and corporate landlords who have registered on a voluntary basis. Separately, the PRS has recently partnered with the National Residential Landlords Association (NRLA) to launch a pilot landlord redress scheme of an additional 4,250 landlords and over 32,000 properties (this pilot will form part of next year’s report statistics).

Highlights from the 2021 PRS report include:

Sean Hooker, Head of Redress at the PRS says: “Despite huge challenges in the property sector for agents of late, we should note that the number of complaints per agent has reduced considerably in net terms. A far greater number of sales and lettings were transacted in 2021 versus 2020 yet complaints made via the PRS rose by just 2.4 per cent.

“I’m delighted that our membership numbers have increased so substantially, taking our total membership to 16,272 and cementing us as the largest lettings redress scheme in the UK now.

“It’s fair to say that customer service satisfaction within the estate and lettings industry is also trending in a positive direction, with only a minute proportion of our members seeing complaints issued against them.

On the 46 expulsions, he explained this amounted to only 0.28 per cent of the membership. “That’s regrettable but also shows the property industry and its customers that our approach is one with teeth where needed.” 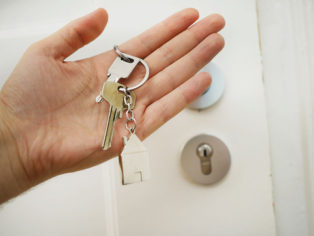