A policy which enabled tenants in Scotland to buy their council homes has come to an end this week.

The Right To Buy expired at midnight on Sunday, 31 July, after SMPs voted in 2014 to scrap the scheme.

Nearly half a million council homes have been sold off at discount prices since the policy was introduced by Margaret Thatcher over 30 years ago.

The Scottish government said the move to scrap Right To Buy would protect the remaining 15,000 social homes available as the country faces a shortage in the social rented sector.

“SFHA is delighted that all forms of the right to buy policy in Scotland have now come to an end and this hasn’t come a moment too soon. Right to buy has had its day and has no place in modern Scotland. Going forward, we have a chance in Scotland to adopt a housing policy that is focused on the supply of well-designed, energy efficient social rented homes that are truly affordable to people on low incomes.”

“Now that right-to-buy is consigned to history – and with a waiting list of 150,000 for a council house – what Scotland desperately needs now is a step change in the delivery of affordable housing. We need to build at least 12,000 new affordable homes a year to meaningfully tackle Scotland’s housing crisis. We also need a new national homelessness strategy to get to grips with the root causes of homelessness.”

The Scottish Parliament’s Housing (Scotland) Act 2014 provided for Right to Buy to come to an end on 31 July 2016. 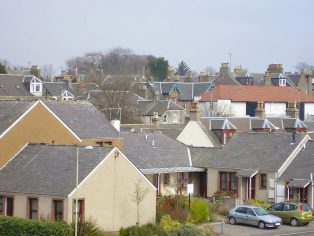