The number of people recorded as sleeping rough in London for the first time has risen sharply by 50 per cent, according to figures from the Greater London Authority.

The majority of the rough sleepers recorded were non-UK nationals at 52 per cent, while women accounted for 18 per cent of the total.

The figures are based on the GLA-commissioned Combined Homelessness and Information Network (CHAIN) database, which is managed by the homelessness charity St Mungo’s.

“There is a rough sleeping crisis on our streets – not just in London, but across the country. This is a national scandal. Around half are non-UK nationals and are unlikely to have access to benefits, housing or healthcare so are left desperate and destitute.”

“We also know more people are dying whilst homeless and that council funding cuts and welfare reform have reduced the help available for people in this desperate situation. This is down to the failure of successive governments to tackle the systemic causes of homelessness.” 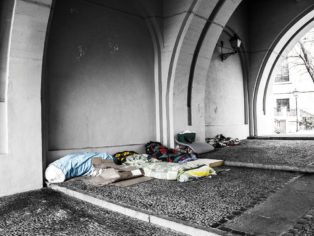