May pledges £2bn for social housing

Theresa May has revealed to the National Housing Federation conference that housing associations will receive £2bn of long-term funding from the Government to build better quality affordable homes.

The PM told the audience that the “most ambitious” providers will be able to bid for Government money that “could last them until 2028-29,” with the intention of giving housing associations the greater financial security they have been calling for.

The Government hopes the money will help remove the “stigma” of social housing, with May saying that “many people in society – including too many politicians – continue to look down on social housing and, by extension, the people who call it their home.”

She said: “We should never see social housing as something that need simply be ‘good enough’, nor think that the people who live in it should be grateful for their safety net and expect no better.

“I want to see social housing that is so good people are proud to call it their home… our friends and neighbours who live in social housing are not second-rate citizens.”

The money is thought to come from Government housing budgets, to be allocated in the next spending review period.

Ben Denton, managing director of the recently launched Legal & General Affordable Homes, commented: “We are pleased that the Government has announced increased funding towards affordable housing today. This will help to deliver more homes at levels that residents can afford in areas which need it most.

“This additional funding will be allocated over a much longer period – to 2028/9 – allowing developers and housing associations to plan with much more certainty.”

He added however: “There is still more work to be done. Over the past decade, only 3,000 affordable homes have been delivered each year, highlighting the need to smooth the way for more institutional money to enter the sector.” 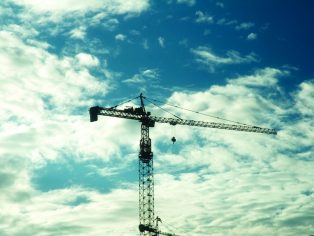