A candidate for the Labour party leadership has proposed building hundreds of thousands of new homes a year to resolve the housing crisis.

Owen Smith, who is the sole challenger to current party leader Jeremy Corbyn, proposed the move as part of his £200bn investment programme.

At the launch of his campaign, Smith pledged to free up council borrowing across the country and deliver as many as 300,000 homes a year – which is 1.5m homes in five years.

My New Deal will pave the way for 300,000 homes to be built across the country

The Pontypridd MP’s announcement came after the Economic Affairs Select Committee to the House of Lords released a damning report on housebuilding targets in mid July.

The committee members urged the government to lift its target to 300,000 homes a year and grant local authorities and housing associations better access to planning and funding in order to meet demand which, according to the report, would not be possible through private sector investment alone.

“The country needs to build 300,000 homes a year for the foreseeable future. The private sector has neither the ability nor motivation to do so. We need local government and housing associations to get back into the business of building.” 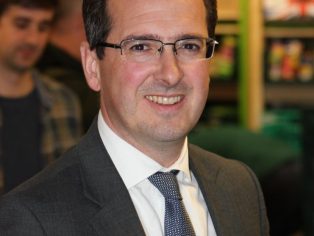