End of benefit freeze announced as food bank use surges

The benefits freeze is due to end in April, bringing an end to one of the most contentious austerity policies brought in by the Coalition Government over four years ago, but the announcement coincided with a huge increase in food bank use.

Universal credit will rise by 1.7 per cent, in line with inflation, and the state pension will increase by 3.9 per cent, the Department for Work and Pensions announced. It said the end to the freeze, which was introduced by the former chancellor George Osborne, would cost the public purse £5bn a year.

But many organisations and charities working in the housing sector have said the move will fail to improve the financial predicament of many claimants and is unlikely to prevent thousands of evictions due to rent arrears. Rents in both the private and social sectors have risen during the benefits freeze.

The scale of the problem is amply demonstrated in the growing reliance on food banks. The main provider of these is the Trussell Trust and they have released a report ‘State of Hunger’ which shows at the start of the decade they ran just 57 food banks, whereas now it is 424. For 86 per cent of the people using food banks, their main source of income is state benefits, usually Universal Credit.

The trust said it distributed a record 823,145 food parcels between April and September 2019, including 301,653 that went to children. This was a 23 per cent increase on the same period last year, representing the steepest rise the charity has seen since its network of food banks was fully established fve years ago.

Destitute households
One in 50 households across the country made use of a food bank in 2018/19 and 94 per cent of the people using them were “destitute” meaning they cannot afford to eat regularly, be clothed or clean. Almost three quarters of people who use food banks live in households struggling with ill health or disability. One in ten have a learning disability.

Seven in ten households who use food banks live in rented properties, mostly in social housing. Most of the remaining households were homeless, living in emergency or temporary accommodation, staying at a family or friends’ house or sleeping rough. Home-owners constituted only four per cent of the households referred to food banks.

The top three reasons given by people needing emergency food assistance were insufficient benefit income, at 36 per cent, followed by delays in benefit payments at 18 per cent and changes to benefit at 16 per cent.

“The freeze was always due to end next year. Confirmation that working-age benefits will only keep pace with rising prices means there will be no increase in living standards and those in need of extra support will continue to be left behind.”

“With child poverty at risk of hitting record highs, this is a missed opportunity to provide a much-needed boost for low to middle-income families.”

Sam Lister, policy and practice officer at the Chartered Institute of Housing, said:

“The last time benefits were up-rated fully by inflation was 2012. If the freeze ends they will still only be worth 91 per cent of their 2012 value. A loss of £377 a year for a jobseeker that’s equal to going over a month without anything for living expenses.” 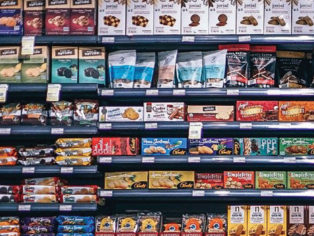