The coronavirus story is constantly changing. Now that the initial shock of the government-imposed lockdown has passed, businesses are looking towards the support offered to help get the UK economy back on its feet.

For landlords and their tenants, the most high-profile measure introduced by the government was contained in the Coronavirus Act 2020, which came into force on 26th March.

In place until 30th June, the Act has introduced a moratorium on forfeiture of commercial leases due to non-payment of rent, in a bid to deal with the issue of commercial rent arrears. However, there is strong evidence to suggest this deadline will be extended to help those affected.

It’s a move that has been praised by commercial tenants, for whom it offers breathing space during which they can take stock and make arrangements to come through the current crisis unscathed.

However, the measures were not as extensive as some tenants will have hoped for. Rent is still payable during this period of moratorium, and the landlord can rely on other enforcement measures to recover payment of rent.

In the rush to protect tenants, landlords have been placed in an equally difficult position which they could never have prepared for. For many, a large part of their rental income has vanished in the space of a month, and measures like the Coronavirus Act 2020 has limited their remedies.

Commercial landlords, at time of writing, have not been granted the kind of loan repayment holiday offered to other sectors of the business world. There is a significant chance that large numbers of landlords could face insolvency in the next few months and beyond.

The questions to consider are what insolvency means for the landlord, and what it means for any of their tenants, who thus far have managed to keep their business operating.

The effect of landlord insolvency

In the first instance most landlords will probably opt for a Creditor’s Voluntary Arrangement (CVA) rather than full scale liquidation. This will take the form of an agreement between the landlord and any creditors and can be entered into as long as 75% of those creditors agree.

Any tenant of a landlord taking this course of action will not be involved in the process itself (being a debtor rather than creditor) and will only discover it has happened after the event.

The impact a landlord CVA might have on a tenant is difficult to predict, but under the supervision of an insolvency practitioner, it is likely that the attitude of the landlord toward their tenant will harden somewhat in respect to lease obligations being met in full and on time.

As such, the kind of flexibility needed for the negotiations between a landlord and tenant in the current climate are likely to be absent once a CVA is in place.

If a landlord enters into administration rather than opting for a CVA, the impact on a landlord and tenant is likely to be reduced. As the administration will be attempting to rescue the landlord company, the administrator will work closely with existing management, which should ensure that existing lines of communication continue to operate as before.

Administration will usually cover the whole of the landlord’s business and all properties let. There are more complex circumstances however, which can arise from a landlord holding a number of profitable properties, and some which are not. Loss making properties risk pulling the otherwise profitable business into insolvency, a fact which is intensified in the current COVID-19 crisis.

The solution is often pre-pack administration, which sees the profitable element of the business sold off to form a new company, and the loss-making aspects becoming part of a CVA.

A tenant of the profit-making element of the business will take the new company as their landlord, which will often involve working with the management and admin team of the original company.

The new landlord company will not be able to vary any of the obligations under the existing lease. If however there is new management as part of the new landlord company, they may well take a more hard-line approach to negotiating lease renewals, rent reviews, end of term dilapidations, etc. with a view of maximising income for the new company.

Regardless of how the current scenario plays out, it’s crucial that tenants and landlords keep communication lines open and remain transparent over the coming weeks and months.

Beyond the crisis we currently face, it is to nobody’s advantage if either landlords or tenants find themselves being forced out of business rather than being able to weather this storm.

If you have any concerns relating to insolvency, or a landlord and tenant dispute, it’s important to consult an experienced team of lawyers, who can help you achieve the best possible outcome. 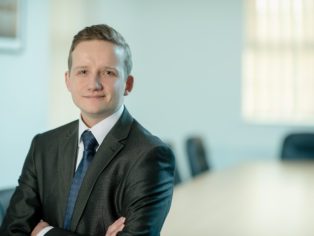