A new coalition of ten housing organisations and charities has called on the next government to ensure that all new homes built are accessible and adaptable for an ageing population.

Campaigners predict a ‘dangerous shortage’ of suitable homes in the years to come, with only one new accessible home due to be built for every 15 people over the age of 65 by 2030. Ensuring homes are built to a higher standard of accessibility will ensure millions of homes will not need expensive adaptions in the future.

Poor housing for the over-55s already costs the NHS an estimated £624 million a year, mainly as a result of excess cold hazards and falls. Without effective action this situation will only get worse, with costs forecast to reach £1 billion per year by 2041.

Only seven per cent of our existing homes can be visited by someone in a wheelchair. Recent research shows that less than half of local housebuilding plans in England included provision for accessible homes. Meanwhile the number of households headed by someone aged 65 and over has increased by more than a million since 2010/11.

The coalition, Housing Made for Everyone (HoME), includes Age UK, the Royal Institute of British Architects, Habinteg, Disability Rights UK, the National Housing Federation and the Chartered Institute of Housing.

Open letter
It has published an open letter calling on the next government to take greater action to secure housing suitable for an ageing population and people living with disabilities.

The letter reads: “Without action, we face an ever-mounting bill, with councils spending greater sums on trying to adapt homes retrospectively and the costs to our health and social care systems spiralling. The cost to individuals is no less damaging. Now is the time to ensure that everyone’s right to a safe and accessible home is met, today and in the years to come.”

The HoME coalition has launched a charter to transform new housing, which includes recommendations for central and local government, estate agents, and developers. The seven steps include a higher regulatory baseline for accessibility of all new homes; better data on the availability of accessible homes; and bold policies on planning for accessible housing from councils.

Anna Dixon, the chief executive at the Centre for Ageing Better, which is part of the coalition, said:

“We face a dangerous shortage of homes that are accessible and adaptable.”

“While it’s not inevitable, the likelihood is that most of us will experience disability or difficulties with activities of daily living at some point in our later life. And with more of us living for longer, this dire lack of accessible homes represents a ticking timebomb.”

“To tackle the shortage of suitable homes for older and disabled people, councils need greater planning powers and resources to hold developers to account, ensuring that they build the right homes in the right places needed by different groups within the local community.”

“Accessibility features and home adaptations are also vital to help keep people safe and independent in their homes and prevent avoidable admissions to hospital and care homes. Every £1 spent on housing adaptations are worth more than £2 in care savings and quality of life gains.” 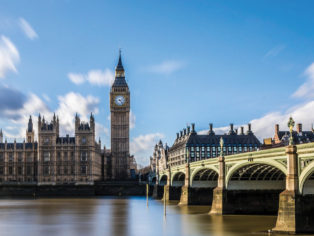