The Government is claiming it’s Rough Sleeping Initiative is having a significant impact on reducing the numbers of vulnerable people sleeping rough on the country’s streets.

New analysis (which was independently peer reviewed by Bryson Purdon Social Research, an independent research partnership) found the numbers of people sleeping rough is around a third lower than predicted if the initiative had not been in place.

The Rough Sleeping Initiative – a cornerstone of the Government’s ambitious Rough Sleeping Strategy – has provided £76 million to 246 councils across the country to date, supporting rough sleepers in their area off the streets and into secure accommodation where they can get the help they need to rebuild their lives.

The report published in mid September showed that the initiative has reduced the number of vulnerable people sleeping rough by 32 per cent, compared to the number it would have been had the initiative not been in place.

The analysis estimates the impact of the initiative from its launch in March 2018 until autumn that year and takes account of a range of factors, including whether councils submitted estimates or counts in the official annual rough sleeping statistics, the weather on the night the data was collected, and local housing and labour market conditions, to zero in on the effects of the initiative.

Welcoming the findings, Communities Secretary Robert Jenrick said: “Since becoming Communities Secretary, I have been able to see first-hand the outstanding work taking place under the Rough Sleeping Initiative every single day to transform the lives of society’s most vulnerable – and these figures are proof that our strategy to end rough sleeping is working.

“But we must keep that momentum up, which is why we have committed a record investment to tackling homelessness and rough sleeping in the months ahead – ensuring progress continues to be made and people are given the help they need to turn their lives around.

The Chancellor of the Exchequer recently announced £422 million of funding to tackle homelessness and rough sleeping – up £54 million from £368 million in 2019 to 2020.

The Communities Secretary and the Chancellor have also announced a further £10 million to boost life-saving support for rough sleepers during the cold winter weather and has called on councils to come forward and bid for the funding now in order to step-up preparations in time for the winter months.

Last year, funding provided by Government during the coldest weather meant thousands of vulnerable rough sleepers spent the night in safe and warm accommodation, rather than on the streets.

In August last year, the Government unveiled its Rough Sleeping Strategy – backed by £100 million – which sets out the next steps towards ending rough sleeping for good.

In order to reach as many rough sleepers as possible, £1 million of the Cold Weather Fund will be available to providers and services that are not commissioned by local authorities. This element of the fund will be administered by Homeless Link, who will ensure interventions are effective in supporting as many people as possible off the streets. 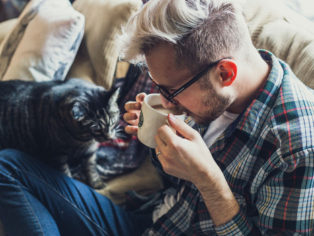