The chancellor is introducing a £2.3bn Housing Infrastructure Fund to “unlock land” for housing and deliver infrastructure for up to 100,000 new homes in areas of high demand.

There will also be additional £1.4bn for private homebuilders, housing associations and local councils to create 40,000 homes for a wider range of tenures. This means borrowing rules will be relaxed so the cash can be used for affordable rent in addition to shared ownership schemes.

Plans to tackle London’s housing crisis were also unveiled in the form of a £3.15bn grant to build 90,000 affordable homes in the capital by 2021.

Hammond said he will be banning estate agent fees “as soon as possible” in a fresh bid to help fee-stricken renters.

The chancellor declared in his speech that despite attempts to regulate fees, they have “spiralled” and the Government will ban them for the sake of tenants.

Another key announcement delivered by Hammond is the reduction of the universal credit taper rate – the rate at which benefits fall as income rises – from 65 per cent to 63 per cent. About three million households are set to be affected by the change. 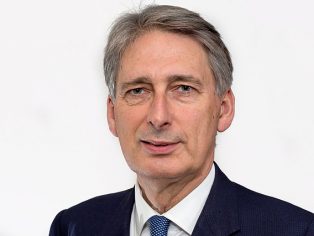