Are longer tenancies the answer to our housing problems?

The majority of private sector tenants are happy with their accommodation it seems, but a group of experts are warning that the sector’s continuing growth is harming family life and the welfare of children in particular.

These contradictory statements pose a huge conundrum for those involved in setting housing policies and deciding how we can best fix the country’s broken housing market.

The Government has recently been consulting on a proposal to extend private sector tenancies for upto three years in length, on the basis this will give tenants greater security, allowing them to put down roots in local communities and get their children through school. (Consultation closes on 26 August)

Different priorities
But researchers at The Housing Finance Institute have warned that longer tenancies may not help much. Instead they are calling for more of the £44 billion housing budget to be prioritised in favour of helping young people get on the housing ladder and in delivering a larger, more flexible social rented sector.

They claim that changes to the housing market over the last 10 to 15 years and specifically the growth of private renting has stifled labour mobility, while forcing people to live in overly priced, poorer quality accommodation which has damaged their wellbeing and limited their opportunities.

There is of course a danger that the researchers are simply perpetuating stereotypes that are inaccurate and out of date. Not all private landlords are rogues and not all social landlords provide good quality homes at low rents.

Better outcomes?
The HFI report, called A Time for Good Homes, was published in collaboration with the Radian Group, an Eastleigh-based housing association, providing more than 20,000 affordable homes across the south of England.

They cite international and national research from bodies like the Intergenerational Commission, Resolution Foundation, Citizens Advice and Shelter that directly links good homes and standards of living, disposable income, family stability, tendency to commit crime, health and wellbeing, life expectancy and community engagement to the quality of housing.

On all counts they say that better outcomes are achieved where people are living in good homes, particularly for health across all generations and children’s educational attainment.

Less mobility
Furthermore, as well as damaging family stability and opportunity, poor quality homes and high-levels of private renting have failed to promote labour market mobility. The report finds that fewer people are moving than in previous decades. They conclude that the expansion of the private rented sector has not resulted in greater labour market mobility or flexibility.

Latest data from the English Housing Survey is perhaps less compelling and forthright, but it possibly gives us a more mixed or balanced picture.

This shows us that while the private rented sector is now the second largest form of tenure in the country having grown from 2.1 million to 4.7 million households, the satisfaction of private tenants with their accommodation has reached 84 per cent – higher than the 81 per cent satisfaction rate among social renters.

In addition 72 per cent of private renters are satisfied with the way their landlord carried out repairs or maintenance, compared to 66 per cent satisfaction among social renters.

Differences explained
Private renters do indeed spend a greater proportion of their household income on their housing costs than social renters (34 per cent compared to 28 per cent), but they are less likely to be in arrears with their rent.

Some of this difference is explained by the private rented sector having an ‘older’ housing stock which is generally less well insulated. About a quarter (27 per cent) of private rented homes failed to meet the Decent Homes Standard in 2016. The comparative figure for the social rented sector was 13 per cent.

Decent Homes
Although privately rented homes have always performed less well than other tenures using this measure of housing quality, the prevalence of non-decent homes in the private rented sector has reduced markedly since 2006 when almost a half of the stock (47 per cent) was non-decent. With more new homes being built for private rentals, this improving trend is continuing.

In terms of mobility the data can be interpreted in different ways and is probably inconclusive. It is undoubtedly the case that tenancy turnover or ‘churn’ in the private rented sector is higher than in other sectors and it has increased over the last 20 years. But it is lower than its peak of one million moves within the sector in 2014/15.

In the most recent year, 860,000 households moved within the tenure (from one privately rented home to another) and 149,000 new households were created. There were 179,000 moves into the sector, of which 143,000 were from owner occupation. There were also some 266,000 moves out of the sector, with 182,000 of these moving to owner occupied accommodation.

Job-related reasons (16 per cent), wanting a larger house or flat (13), wanting to move to a better neighbourhood (11), or being asked to leave or given notice by the landlord (10) were the main reasons that private renters gave for moving in the last three years.

As we await the Government’s response to its consultation on extending private sector tenancies, it is perhaps worthwhile reflecting on the positive contribution made by private sector landlords.

Afterall these individuals and businesses are providing homes to 20 per cent of the population. Until such time as the Government can deliver on its ambitions of 300,000 new homes a year, it looks like we will continue to rely on these individual and businesses to keep renting out their properties to millions of us. 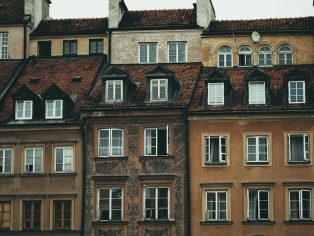